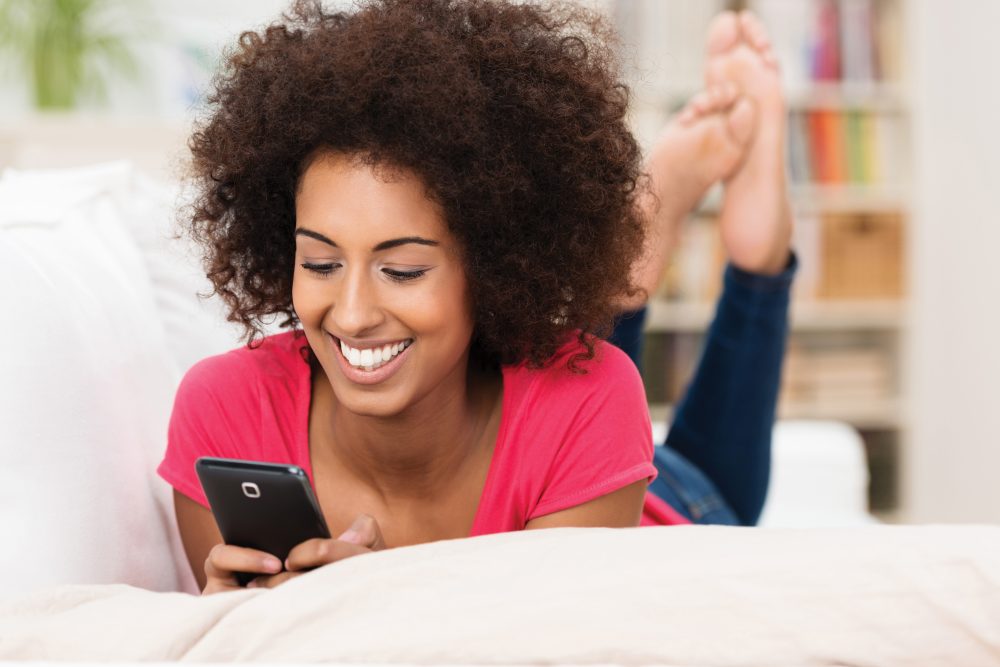 I recently attended a wedding as someone’s “plus one” and listened
to the bride tell her story of how she met her husband—by sliding into his DMs. “I was so nervous,” the bride recalled. “He posted Where is my wife? So, I responded in his DMs and told him I was what he was looking for.”

They met on Instagram? That was bold, I thought. Yes, I was secretly judging, single and all. But as the bride continued her story, I couldn’t help finding fascination in her bold dating approach.

“I honestly didn’t think he was going to respond,” the bride continued. “We went back and forth and agreed to meet at Starbucks that weekend.”

At this point in the story, my friend must have been secretly judging, too, because she nudged me and said in disbelief, “Starbucks? This must be why I am single. Not only did she chase him, but he rewarded her with a latte?”

Yes, my friend is single as well, which was why she brought me to the wedding and not a man. I gave my friend an obligatory laugh, but truth be told, I wanted to be like the bride, happy and spoken for. Who doesn’t get teary-eyed hoping one day your knight in shining armor will rescue you from the endless abyss of ineligible bachelors? Usually weddings are celebratory events, but this one was different for me; it was a learning moment. I walked away a different woman, knowing that if I wanted love, I had to approach dating differently.

Dating is different from when our mothers and grandmothers did it. Back then, women were getting “chose.” Now women have the option to choose and are choosing to shoot their shot to men they want to be with. Is it time to hop on the bandwagon? New research suggests yes. According to a study from The League dating app, women who make the first move are more likely to be successful in finding love connections.

I hate to admit it, but recently, I’ve been in a dating slump. Men were choosing me, but I had the foresight and self-esteem to not choose them back. I’ve been on a whole lot of first dates that turned into blocked numbers. After this wedding, I decided to do something different. I decided to shoot my shot. I’m super shy, so this wasn’t easy.

There was this cutie on Bumble that I had noticed. Skin chocolate like Godiva, beard thick and well groomed, and I could tell he worked out. I liked what I saw. I swiped right, showing interest, and DMed him.

He’s 32, from Connecticut, new to Atlanta. When I saw his profile, I secretly hoped he would reach out to me first, since I left my social media information on my profile. He found my Instagram, but outside of a couple of likes on my page, communication was nonexistent.

“I’m Lanre,” he said. “You’re so beautiful.” Yaaaaas, I thought to myself. If he thinks I’m beautiful, maybe he wants to go out. So I gave him my number and told him to text me. And he did.

Soon after, we made plans for a first date. It was so cute the way he took the time to plan our first outing.

He texted/called daily before the big day and showed up with flowers. Conversation was amazing. He pulled out chairs and opened doors, and I could tell he was intelligent. I really enjoyed speaking with him. If I learned anything from the bride who shot her shot, it’s this:

1. Go for it. Don’t let gender norms stop you from approaching a man whom you are interested in. If it feels right and it’s what you want, go after it. You don’t make any of the shots you don’t shoot.

2. There is nothing wrong with Starbucks. While my friend turned her nose up at the idea of a man taking her out for a latte, I thought it was cute. How much money a man spends on a first date is no indication of what he brings to the table. First dates should be about getting to know one another and getting a feel for the other person. You can do that over a cup of coffee as much as you can a steak dinner.

3. It’s okay to move in silence. The bride admitted she didn’t tell her friends she went to Starbucks on her first date. She didn’t want to be judged. She knew she liked her new beau, and she wanted to enjoy the moment. What he didn’t spend on the first date he certainly spent on the wedding.

4. It gets easier to walk away from relationships that aren’t for you when you really have a sense of who you are. The bride made a comment that after kissing some bad frogs, she understood what she was and wasn’t looking for. She was able to see red flags and act accordingly.

I shot my first shot. I was nervous and scared of rejection, but the attraction was mutual, and we just finished our second date. I changed the way I approached dating, and this wasn’t bad for my first try. Let’s see how our third date pans out and if he’s as solid inside as he is outside.

Regardless, I’ll be shooting my shot more, taking control and ownership of my happiness.