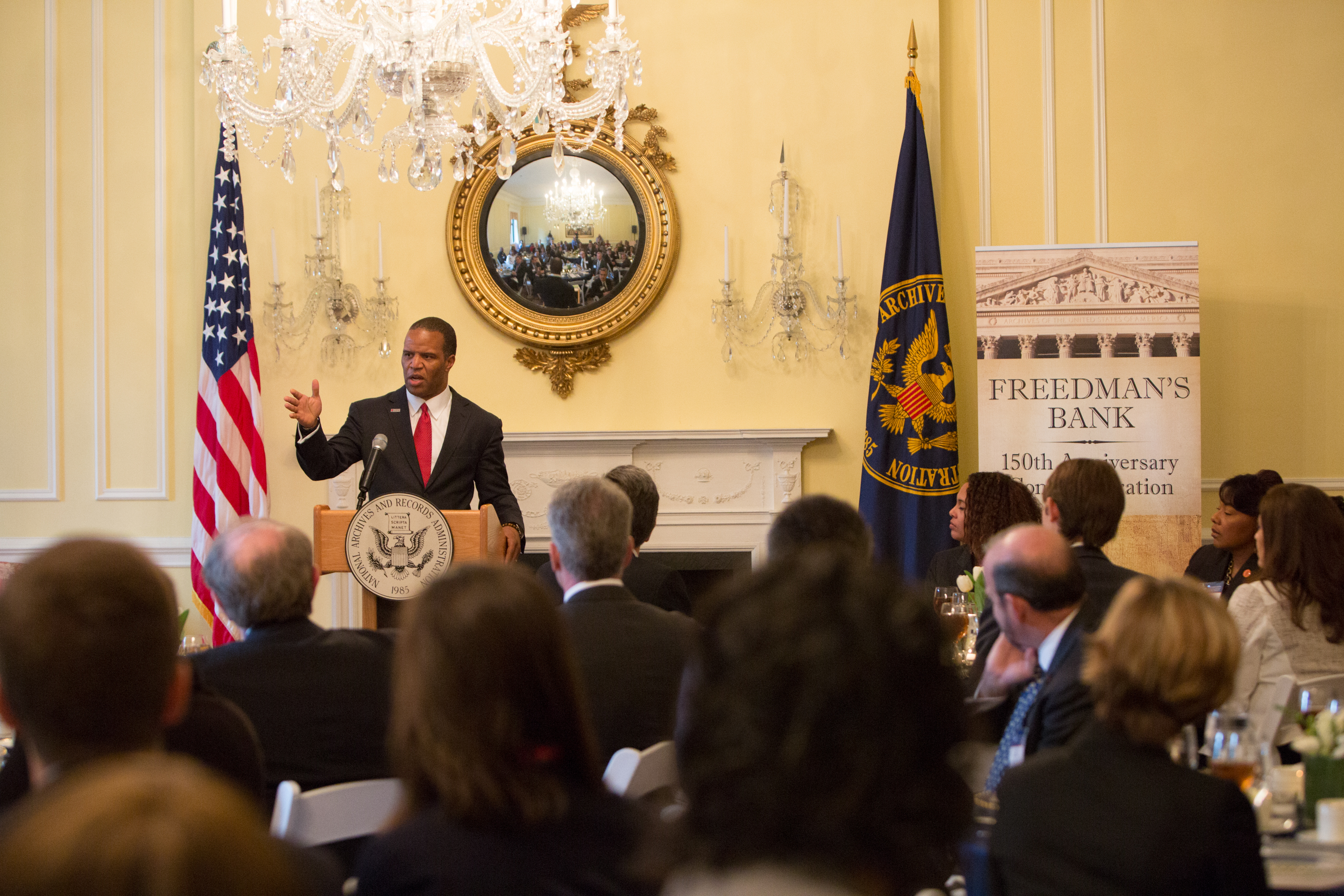 In commemoration of the 150th anniversary of Freedman’ Savings and Trust Co., U.S. Treasury SecretaryJacob Lew has renamed the Treasury Annex building in Washington, D.C., in honor of the bank that was incorporated by Congress in 1865 to help stimulate wealth-building for former slaves.

The annex sits on the site of the original bank, also known as the Freedman’s Savings Bank, according to anews release from the U.S. Treasury Department:

During its nearly 10-year existence, approximately 100,000 African-American individuals and institutions amassed $57 million in the bank’s Washington, D.C. headquarters and its branches in 37 cities across 17 states.

Despite the closing of the Freedman’s Bank in 1874, it remains a significant part of American history and this event will highlight the historical significance of the bank and its original mission – to promote economic integration and financial inclusion.

C-SPAN reports that the bank failed despite “significant financial contributions” from leaders like Frederick Douglass.Its failure left “tens of thousands of depositors” destitute and in financial ruin, notes the report.

Congress created a program to reimburse customers up to 62 percent of their deposits, “but many never saw that money,” reports Black Enterprise:

As the years went on, a series of bad investments, exposure to financial mismanagement, and the expensive construction of a new headquarters in Washington, D.C. plummeted the bank into financial chaos.

In addition, the overall economy had begun to crumble leading to the first ‘Great Depression,’ called the Panic of 1873. Historians say the North was so preoccupied with the troubling economic condition of the nation–the failure of 18,000 U.S. businesses in just two years, due in part to the failure of railroad companies in their efforts to expand–that efforts to address racism in the South were largely abandoned, further distracting from the bank’s mandate.

In March of 1874, bank trustees asked Frederick Douglass to lead the bank in their efforts to save the ailing institution. Those efforts fell short given the bank’s troubled financial circumstances, and trustees voted to shut it down in June of that same year.

In spite of its spectacular collapse, Lew said it’s important to recognize the institution.

“Naming the Freedman’s Bank Building recognizes an institution that symbolized a new future for African Americans,” he said in a statement. “The legacy of Freedman’s Bank also serves as a reminder that we must continue striving for greater financial inclusion for all Americans–particularly those in underserved and minority communities—so that they can share in the benefits of our growing economy.”

Lew is correct, but the failure of the institution also makes a powerful case for reparations, which are long overdue.

'FROM THE BOTTOM UP'