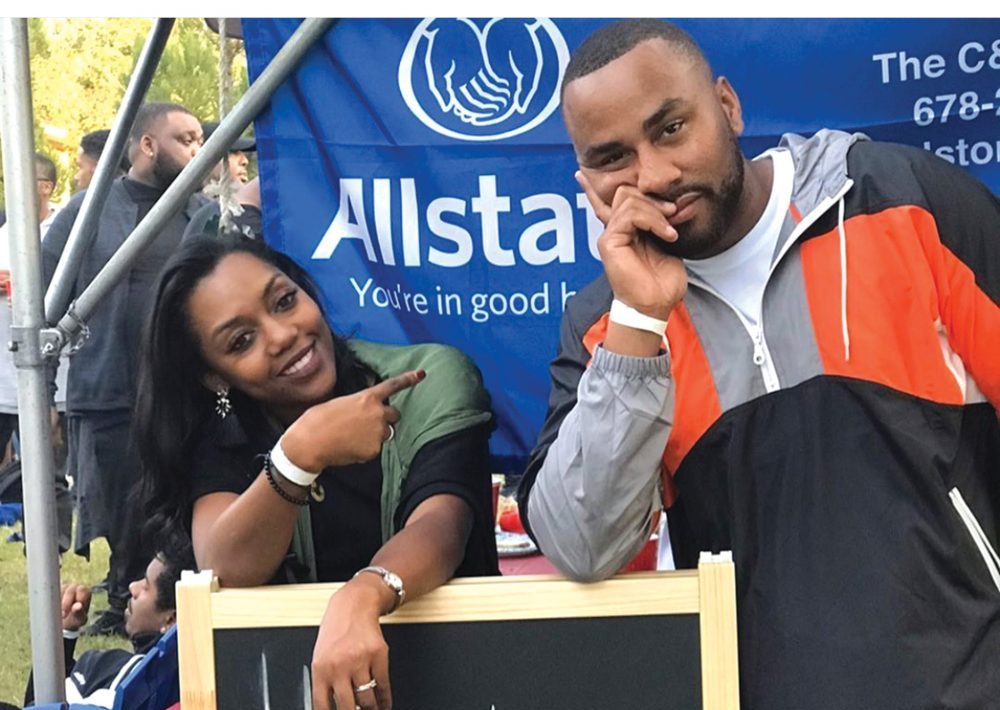 HBC-Union. Since Hillman and before, black colleges are known to produce black love. And it’s no different for these partners in life and business. Spelhouse (Spelman + Morehouse) marriages are relationship goals. Attending an HBCU is a unique experience in which you are indoctrinated into a world that not only provides you with an education but instills in you a sense of self and pride that you won’t get anywhere else. No one understands the HBCU experience like someone else who went through it.

Meet Darrlynn and Clifton Alston, aka the Alstons.
AKA marriage goals.
AKA black excellence.
And let’s not forget a shining example of what it means to live and exemplify black love.

They have come a long way since sophomore year 2005. There was that awkward moment when they met. Clifton hung out of the window of his hooptie as his partner in crime, Lerrick, drove. “Heeey, Brister (Darrlynn’s maiden name),” he shouted, trying to get her attention. If you know Darrlynn, you know she was not impressed. He was a promoter in college and invited her to a party he was throwing that weekend. Did she want to go? No. Her friends convinced her otherwise, though, and imagine his surprise when his invite for a plus-one turned into a plus-six.

Darrlynn admitted this is when she became smitten with Clifton, because he didn’t complain. Instead, he was the perfect gentlemen and made sure she—and her gaggle of friends—had a great time. They didn’t speak much after that until Valentine’s Day.

Clifton came correct with a blue Tiffany & Co. box, and he pulled out all the stops—and if you know anything about college students, they are typically broke. His intentional efforts to show her he adored her were what stood out most to her. “I didn’t date much in high school, and I dated Clifton all of college. He was my best friend and my first love,” she says. So when did they know they were meant to be husband and wife? After they broke up after college. She accepted a job opportunity in Houston, and he went to grad school in North Carolina. They both agreed to date other people.

But even through distance and dating others, they managed to talk every day. “We were honest with one another. Clifton always felt familiar. I knew I could talk to him, and he still had my trust.” Darrlynn says. Eventually Darrlynn’s job brought her back to Atlanta, and a mutual friend of theirs had a wedding. Both Darrlynn and Clifton attended, and it was at that moment they knew they didn’t want to be apart from one another. “He admitted he didn’t want me to be with anyone else ever again, and truth be told, I knew I wanted him just as much.”

The rest is history. Clifton proposed, finished grad school, and moved back to Atlanta. Business majors at Morehouse, they not only planned a wedding, but Clifton also wanted to open their own business, The C and D Agency, that same year. And that, they say, was an undertaking like no other. “Hard isn’t even the word,” Darrlynn says. “Remember, my family was displaced from Hurricane Katrina. My dad is a pastor, and because a lot of his congregation relocated to Atlanta, he flew constantly between Louisiana and Atlanta because it was important to him to continue to be there for everyone. The church had been in a constant state of disrepair from the floods, and my wedding was the first event scheduled after the doors of the church reopened. It was important to me to be able to have my wedding in Louisiana at our church. It was stressful, but we pulled that off.

“Then we opened our own insurance agency. We stepped out on faith, started our business and made whatever sacrifices we needed to make in order to make it work. I didn’t care if we had to eat ramen every day; we were a team.”

They said the first year went well. Even on one salary (after Darrlynn was laid off from her job), the two grew the business, with Clifton leading operations and Darrlynn in charge of marketing. “We were committed to making the business profitable, and it goes without saying, we were committed to our marriage and making it work,” she says.

It’s refreshing to hear her reminisce about the early stages of their marriage and the work, but what’s her advice for keeping a strong marriage and business after all these years? Faith in God and each other, she says. “It’s okay to submit to your husband. It isn’t surrendering to a man and allowing a man to tell you what to do. It is having faith and truth that you married a man that can lead and love you at the same time. I found a man that loves me the way Christ loves the church, so I always trust my husband to lead,” she says without missing a beat. 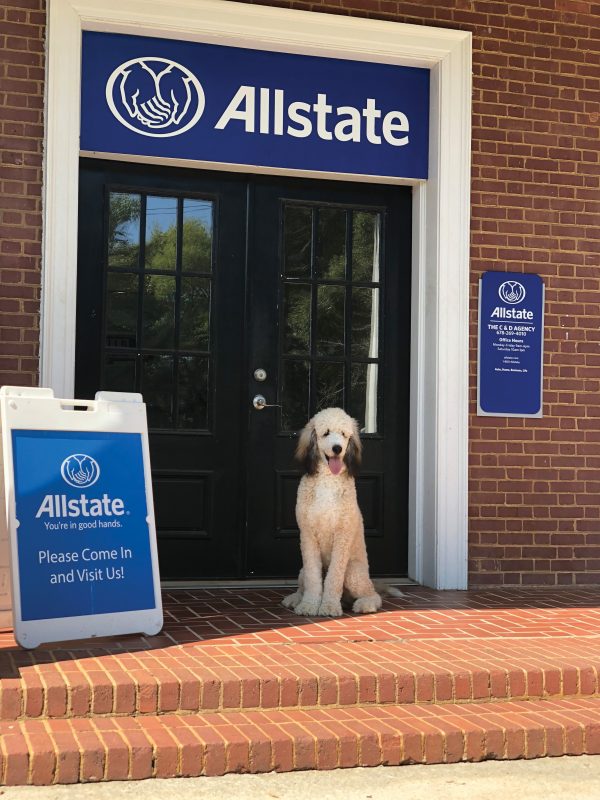 So when do we get a Spelhouse niece or nephew? Darrlynn says that “Clifflyn” will get here the way God intended—right on time. In the meantime, we can enjoy Creed, their adorable dog. She says it’s important for her and Clifton to grow and love one another and build a foundation that is unbreakable. She admits, “Clifflyn” may be something that happens in the near future, and she is excited for each day she gets to share with her college sweetheart, business partner and husband. She assures us everything is falling into place. “We were committed to making the business profitable, and it goes without saying, we were committed to our marriage and making it work.”

The C and D Agency is a full-cycle insurance agency, licensed, bonded and insured. They offer car, home, business and life insurance and an array of other products.