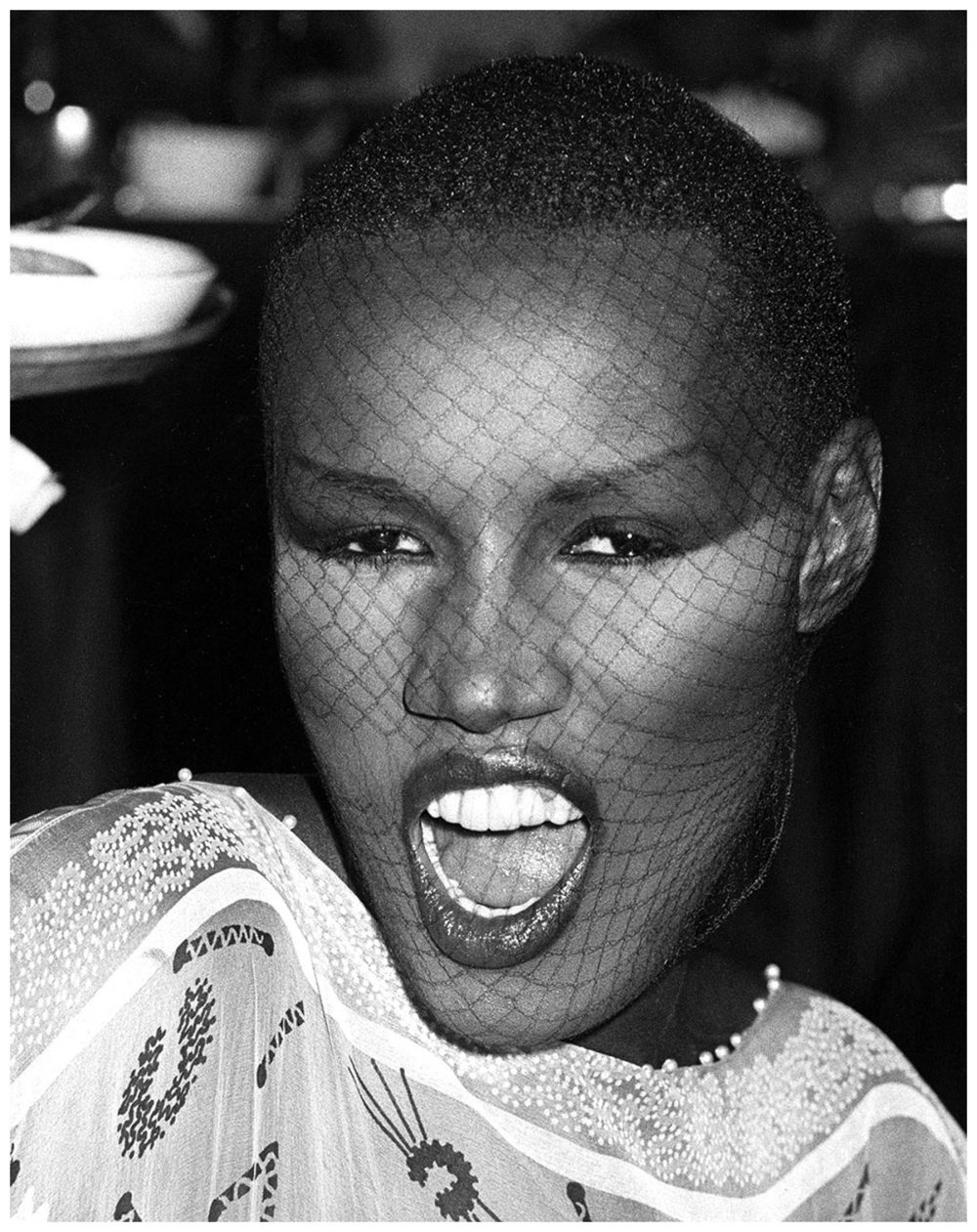 The original bad gal, model/actress/singer Grace Beverly Jones was born in Jamaica and is best known for her roles in the feature films Conan the Destroyer, A View to a Kill from the James Bond franchise, and her unforgettable role as Strangé in the original Boomerang. The multitalented beauty garnered huge praise for her hit ’80s songs, such as “Pull Up to the Bumper,” “La Vie En Rose,” “Slave to the Rhythm” and “My Jamaican Guy,” the latter of which has been heavily sampled by hip-hop’s best.

Jones was raised by her grandparents in a very religious Pentecostal environment while her parents established themselves in the United States. “You had to wear a hat to go to church. We weren’t allowed to straighten our hair. We couldn’t wear jewelry, nail polish, open-backed shoes, skirts above the knee…trousers were forbidden because male apparel on a female was not Godly,” she was quoted saying about her strict upbringing.

At age 13, she and her siblings joined her parents in Syracuse, N.Y. She would leave college at 17 to pursue a career in modeling, signing with Wilhelmina Modeling Agency, one of the foremost modeling agencies. After finding limited success, Jones moved to Paris, where her exotic look found more favor in Paris’s high-fashion scene. She would go on to work with top names in the art and fashion world, including Yves Saint Laurent, Jean-Paul Goude, Karl Lagerfeld and Helmut Newton.

After spending some time as a supermodel, Jones transitioned into the music world when she was signed to Island Records. Some of her most iconic music was backed by the legendary Jamaican production duo Sly and Robbie. Her music career allowed her to perform with an eclectic mix of artists like Luciano Pavarotti and Kylie Minogue. She was ranked among the 100 Greatest Women of Rock and Roll by VH1. In 1983, she earned a Grammy nomination for best video album. And she earned Saturn Award nominations for “best supporting actress” for Conan the Destroyer (1984) and A View to a Kill (1985).

With a foothold in music, film and fashion, Jones became a bona fide international star. The self-described “party animal” was often seen at Studio 54 with her friend Andy Warhol. She details her party days in her memoir entitled I’ll Never Write My Memoirs (published September 2015). Also, the 2017 documentary titled Bloodlight and Bami gives you a visual look inside Jones’s life. Her son Paulo Goude, from her relationship with Jean-Paul Goude, receives music credit in the documentary. Another notable family relation is that Jones’s twin brother is Bishop Noel Jones, who is a megachurch pastor in California.

Jones has undoubtedly inspired many of today’s artists in the fields of fashion, film and music. Her in-your-face edge and ability to break every mold made her an icon way ahead of her time. Jones once said, “I believe in individuality, that everybody is special, and it’s up to them to them to find that quality and let it out.”

One thing that cannot be denied is that Grace Jones is truly unforgettable. –Chris Wyatt

Push Through: Pressed for Time? This 15-Minute Workout Will Get You Right