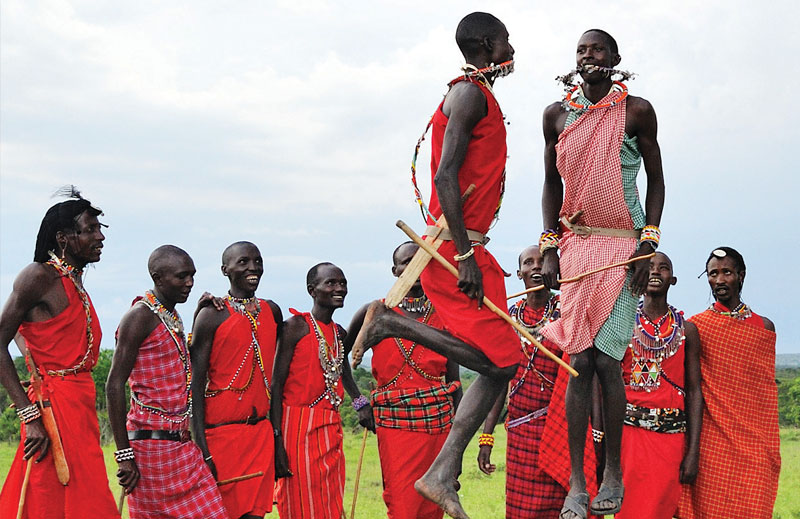 I’m all alone in a dark tent. In daytime, it’s a spacious, elegantly contrived mix of rustic and chic, with a “living room” that leads into a large bedroom and separate bathroom that includes indoor and outdoor showers. Now, since I stayed up reading until the camp turned its generator off as it does for energy-conserving hours every night, it’s a pitch-black, cool space and every sound outside, in Kenya’s massive Masai Mara wildlife reserve, is amplified. I can hear George, the nearby hippo, asserting his dominance as he splashes in the Talek River. Or calling for a mate—George is old and a little lonely. I can hear the occasional rustling of birds, including the one that seems to have made my “roof ” his resting spot. More frighteningly, I can hear hooves (zebras? wildebeests?) that seem to circle my tent, competing only with the distinct roar of lions. Lions. Somewhere outside my luxe tent at Rekero Camp.

But, even as my blood runs cold, I’m thrilled.
Being in a safari camp brings you up close and personal with Mother Nature, and Masai Mara is one of the best locales for a true immersion in wildlife spotting—but it’s hardly the only place for spectacular encounters. 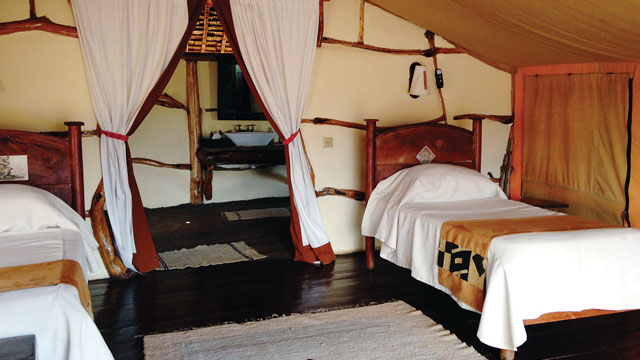 Days ago, I watched an ever-increasing herd of elephants surround a nearby water hole via a strategically placed peephole at Satao Elerai lodge in Amboseli National Park, owned by the local Maasai community (sataoelerai.com). After a short flight from Nairobi and giraffe and elephant spotting en route to the camp, I arrived amped and ready for more. Here in Amboseli, largely populated by the Maasai, is a famous elephant trust that focuses on researching their conservation and welfare and a sustainable coexistence with humans. The warden of the Elerai conservancy, Wilfred Ngonze, quietly and intensely talks about the various projects in process, and such major challenges as increased ivory poaching that can decimate already decreasing herds. Then I stand, fascinated, as he heads outside the lounging area and shows my group a large endoskeleton that brings home why it’s impossible to take the tusks of these beautiful mammals without killing them—a devastating demonstration after a morning spent looking at the family interactions: mothers protectively wrapping their trunks around their bumbling babies, protecting the younger, weaker members of the herd (go to awf.org/projects/satao-elerai-lodge for more
info). 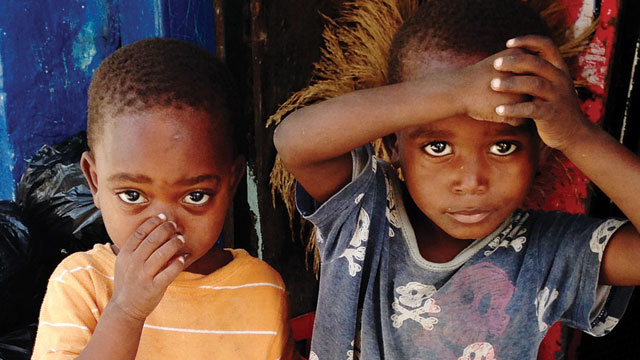 Today, waking up at Rekero, cool air sweeps into my tent when one of the Maasai workers brings a wake-up cup of tea and biscuits, while another calls softly that warm water awaits in the shower, I’m happy to see the bright light of day. My fear-tinged night recedes as anticipation takes over again. Martin, my group’s handsome Maasai guide, is waiting when we finish our open-air breakfast, and we pile into a customized old Land Rover. Driving through the golden land, dotted by acacia trees, some overturned and trampled by elephants, Martin points out and names many of the smaller creatures we see: flying and perching birds, colorful against the blue sky. Spotted hyenas lope across the plains; black-backed jackals lie, nearly hidden, in the grass. Wildebeests roam placidly everywhere alongside large herds of zebras. There’s an ostrich couple with their tiny chick, a little scuttling speck who keeps darting around their ankles and who they keep protectively near. When we get too close for the mother’s taste, she flaps her wings and stages mock attacks.

Later, we visit a Maasai village. The young men demonstrate their jumping prowess as the women wait inside with songs of welcome, dressed in colorful kikoys with chubby babies on their hips. Within the manyatta (compound), enclosed by the usual ring of branches and thorns, we step inside one of the circular dwellings built and used by each family. There are pallets for the parents and a partitioned area where the kids sleep, as well as a small area for the livestock belonging to the family. Perched on the edge of their pallet, I take a sip of the milk our host offers as his wife smiles gently; it is cool and sweet and delicious.

Lions. A large pride of lions. Earlier, Daniel, our guide from Rekero’s sister camp Naboisho, parked our open-sided jeep where we could see the cubs gamboling and jumping over each other. This particular pride numbers more than 25, but today, we’re seeing 9 to 10 around us. Now, darkness falls as we pull over for one of my favorite activities: sundowners. We park in the open expanse as Daniel mixes us a batch of dawa cocktails, made with vodka, sugar and lime, and sip slowly, taking in the outline of the trees and the darkness beyond the vehicle. As soon as we’re done, Daniel gently shepherds us back into our seats and once we’re seated, turns on the lights. Suddenly, we can see the outline of a pride of lions, slowly sauntering and lying in the grass—way too close for comfort. We sit, spellbound, as they circle the area and interact lazily. In the moonlight, it’s magical (naboisho.asiliaafrica.com) 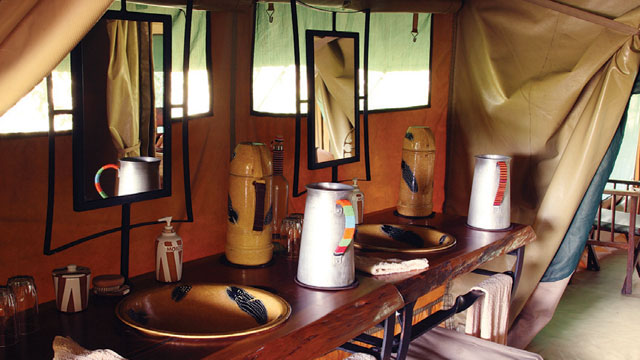 Forty-eight hours later, I’m in a different world. As I stand on a busy jetty overlooking the Indian Ocean, alarmingly close to a man with a cluster of bound chickens, my luggage is briskly carried to the boat, and in short order, we set sail on a short ride to Lamu Island. Located on Kenya’s northeastern coast, the Arab enclave was once a primary trading port. Now, as we approach Shela Beach, colorful boats dot the shallow coastline. The lovely Hotel Peponi, located on the beach, is our destination and we collapse gratefully into chairs on the open verandah, dawas in hand. My room is a delight—wooden floors leading to an outdoor verandah just steps from the beach, a swing bed blowing gently in the ocean breeze. At night, I have to remind myself that there’s no danger of angry predators lying in wait on this side of town, unless you count the lizard I see scuttling off in the greenery (peponi-lamu.com). Early in the morning, sun shining brightly, we head off by boat to Lamu Old Town, a world heritage site known as the oldest Swahili settlement in East Africa. The small port is bustling as we disembark and are greeted by our guide, Ali. These days, Arabic, Swahili and English can be heard in the streets. There are no motorized vehicles on Lamu; instead the brisk clip-clop of donkeys carrying people and products can be heard all around. Most islanders are Muslim, so the dress, especially for the women, is modest: longer hems and no flashes of cleavage. We walk through the winding, narrow streets, making room for the occasional donkey cavalry, burka or hijab-clad women and small children at play. The spices in the central market can be smelled everywhere we turn, set against the backdrop of beautiful stone buildings, many with magnificent doors and shaded traditional interior courtyards. The people we pass smile; outside one store, there is a small group of Maasai, looking strangely both at home and out of place amongst the caftans and kufis adorning many of the residents. Taking a respite from the heat, we stop at a small store and inhale fresh juices buoyed by a squeeze of lime. Back at the port, we board a traditional dhow vessel for a day trip to Kipungani Explorer (heritageeastafrica.com) and end the night sailing back to Shela Beach, Bob Marley playing softly against the setting sun, dawas in hand. Like most moments here in Kenya, it’s magical.