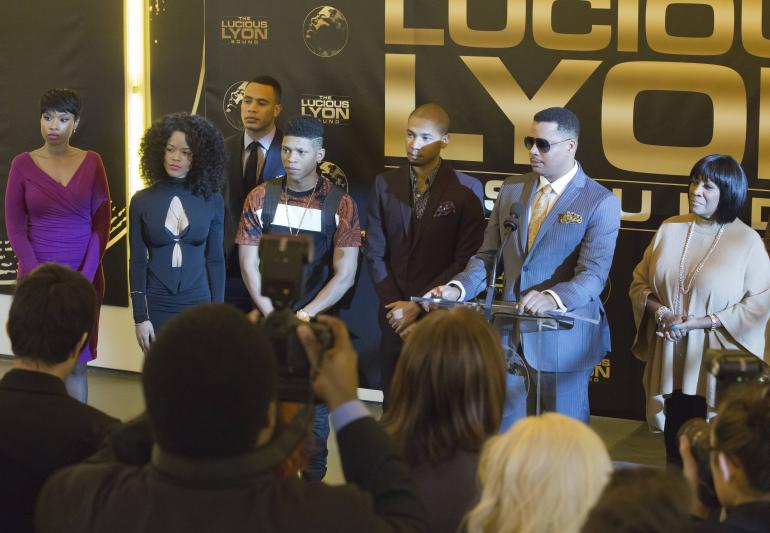 As is so often true in today’s traffic-oriented media culture, the astonishing success of “Empire” has inspired people to heap praise on the Fox series that it probably doesn’t deserve and attribute qualities to it that scarcely exist. At its core, the show is essentially a “Dynasty” retread, a splashy primetime soap combining sex, money and power, with music and the predominantly African-American cast offering updated – and clearly, well timed – wrinkles. And while the program initially featured subplots seemingly culled from a “serious drama” checklist, it steadily developed and expanded upon them, as was evident in Wednesday’s twist-laden season finale.

“Empire” didn’t hide its Shakespearean elements – heck, it overtly stated them from the get-go – while carefully pulling from a grab bag of serialized plots. The series has also been informed by the Shonda Rhimes school of drama, which states that the audience can embrace ridiculous moments on something like “Scandal” as long as they keep coming at a fast and furious pace.

What made the show really sing, though, has been Taraji P. Henson’s wonderfully buzz-worthy, fearless portrayal of Cookie, the ex-con who set her sights on reclaiming the musical empire built by her husband Lucious (Terrence Howard) on the back of her ill-gotten gains. That included not one but two “OMG”-calibrated sequences Wednesday (and SPOILER ALERT if you haven’t watched), in which Cookie briefly tried to hold a pillow over Lucious’ face; and later cold-cocked his ex Anika (Grace Gealey), triggering a hair-pulling, head-slamming fight.

Still, even those exchanges took a back seat to perhaps the most convenient misdiagnosis in the history of medicine – the conclusion that Lucious didn’t really have a fatal disease, but rather a more manageable illness. Consider it further proof that in TV, massive ratings really can cure just about anything.

More broadly, the finale underscored that the producers did an admirable job of casting Lucious and Cookie’s sons, whose loyalties and alliances kept shuffling through a finish that deftly positions the show for its second season — turning the tables on the Lucious-Cookie dynamic — and lays plenty of groundwork for the scheming and shenanigans to come.

Howard, meanwhile, continues to chew scenery as if he were still introducing a category at the Oscars, although in this context, the cheesier the better. (Fox also used the showcase to tease his involvement in the upcoming series “Wayward Pines.”)

The closing chapter contained additional flashbacks intended to demonstrate just how ruthless Lucious was in his pre-mogul days, thus reinforcing the underlying question of whether any of his privileged progeny were blessed with the grit required to supplant their street-toughened dad.

The big-name musical guest stars, frankly, felt like something of an afterthought, but if the producers were shrewd about securing them heading into an uncertain first season, acts should be falling all over themselves for a chance to be featured in such a breakout hit going forward. The restraint, in fact, will likely have to come from the show, avoiding the temptation to load up on excessive stunt casting at the expense of its core characters.

“Everybody’s just waiting for you to die, Lucious!” Cookie snapped during the first hour, before her ex received the good news.

Yet based on the power surge “Empire” delivered to Fox, Lucious isn’t just healthy; he might be damn near bulletproof.

IF YOU'RE ALREADY MISSING EMPIRE CHECKOUT THESE BTS.....