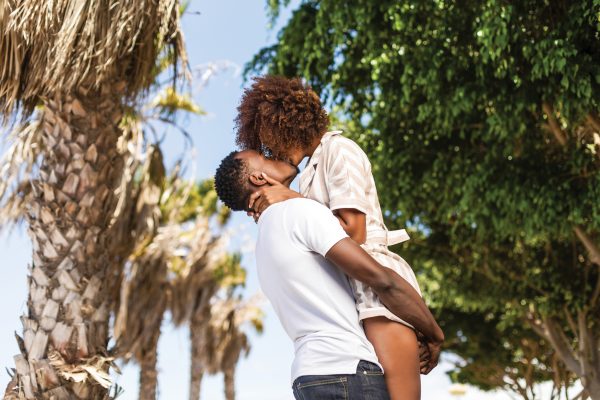 A period during the fall and winter seasons, including holidays from Thanksgiving to Valentine’s Day, when people are more inclined to pair up in committed romantic relationships (source: dictionary.com).

You’ve read the stories, peeped the memes and put the schedule on your
mental calendar. You may have even drafted your fantasy lineup already. It’s cuffing season, y’all, and while the rules keep changing, the motive stays the same—get cuffed up before the nights get shivery. Whether you’re new to the game or a veteran player, upscale has identified 11 ways to maneuver the nuances of this new relationship trend. According to Instagram, recruiting kicks off in August, drafting begins in September and tryouts wrap up in October. By November, you should have selected your star player and put the contract on the table. Your season will be in full swing (no pun intended) in December, January and February. By March, the cuffing season will be ending, and if you’ve developed a solid offensive strategy, you’ll win. Of course, these dates are flexible depending on needs, feelings, region, and weather.

Talk about it. Transparency is a major key to having a championship-worthy cuffing season. There’s nothing wrong with safe, “in the meantime” relationships as long as boundaries are set, and you and your partner are aligned. While other sources discourage detailed dialogue with a casual companion, it’s important to know where your partner stands on topics such as exclusivity and safe sex practice. Though it may feel awkward or even too much of a wrangle for a seasonal situation, it’s responsible for both sides to walk onto the field knowing the rules of the game. Don’t be afraid to speak up and tell them what your dos and don’ts are! You may not be recruiting a life partner. However, your space, time and body are sacred (yours too, men!), and anyone you choose to share those things with should respect your views.

Be selective. Don’t pick just anybody! If you haven’t been in a relationship in a while, anyone can feel better than a stack of pillows. But don’t let excitement (or loneliness) elbow you into a situation that will turn out to be more trouble than it’s worth. Consider a person you’ve been friendly with in the past or someone you already know. You’ll have a better chance of filling this spot if you pair up with a guy/girl who doesn’t require heavy vetting. The season is short, and you don’t want to waste time trying to figure out who a new person is.

Lose traditional dating rules and expectations. Cuffing season is for people who want to skip over conventional dating methods. If you’ve made up your mind that this kind of arrangement is for you, drop your old relationship ideas immediately. You may or may not get the kind of consistent communication or attention you desire right off the bat (or at all). Fine dining during cuffing season will most likely happen at home with some takeout and wine. You’ll need to be okay with not being in a whirlwind romance with the man/woman of your dreams. So again, it’s critical to do as we mentioned above and negotiate your terms. 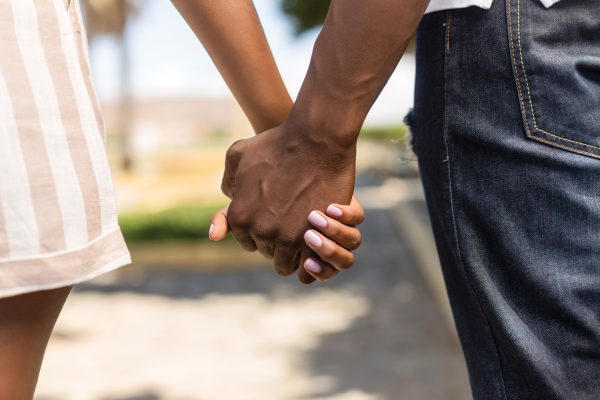 Know the difference between a cuffing season relationship and a “cut buddy” relationship. Cuffing season is all about companionship. But having a “cut buddy” is raw (not literally, ew), rugged, and purely physical. Often people turn to CBs when they need a safe place to let their guard down and be sexually free. There are pros and cons to each of these relationships, such as a heightened sense of thrill and excitement, receiving the benefits of a relationship without the full responsibility of actually being in one and maintaining a comfortable level of control over one’s personal life. The downside, however, is a lack of emotional intimacy. Even though it may be the reason you entered into this kind of “situationship” to begin with, the absence of a deeper connection could potentially lead to feelings of worthlessness and possibly interfere with your ability to bond with someone else in the future. We’re not saying it can’t work—but always remember to go in on conditions that are most comfortable for you.

Never make an ex your cuffing season partner. That person is an ex for a reason, and old, unresolved issues could ruin the fun-loving nature of the season. To keep it light, spend time with someone new or someone you’ve just gotten to know recently. Leave the past in the past and get a rookie for your starting lineup.

Be prepared if feelings develop and you want to take the relationship to the next level. While some sources believe cuffing season relationships should be kept indoors and under the radar and end when winter is over, it’s really up to you how you navigate this affair. What works for one couple might not work for you, and you may find that you’re catching feelings in the end zone. This is why honesty is so critical for these kinds of interactions—so you can feel at ease with discussing whatever may be evolving (or not) between the two of you. Be prepared though, if your teammate isn’t on board for any adjustments to the original playbook.

Safety is key to a stress-free cuffing season.
If you think your relationship will get physical, it’s best to take all of the necessary precautions. Even if you’re not planning on it, safe sex is still the best way to go. And since your cuff buddy is still on special teams (no guaranteed, long-term contract), take responsibility for your own health. Get tested and discuss every available protection, prevention and contraception option with your family doctor and potential partner. Buzzkill, we know. But it’s the grown-up thing to do.

Respect the situation. Just because the relationship isn’t official doesn’t mean you have to treat it like a fling. Laugh, share the excitement with friends, but keep it classy. They may not be your plus one to holiday parties and family functions, but exercise maturity when discussing your status with the person within your circle. This may be a “no feelings” generation, but feelings do still exist—and people do still get hurt when mistreated. Integrity and consideration might not be popular, but they keep the air clean. Don’t do to your cuffing season partner what you wouldn’t want done to you, such as posting other love interests on social media, being careless with their time or simply treating them like they’re disposable. 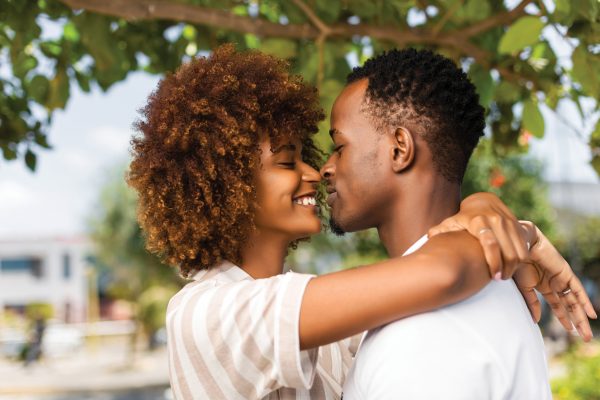 Outdoor portrait of black African American couple kissing each other

Don’t take things too seriously. Have fun! Cuffing season is designed to allow you to have a relationship endorphin rush without stress and expectations for the future. Relax and release your inhibitions; do things you wouldn’t normally do. You can be yourself because you’re skipping all of the early stages and getting right to the good stuff. The cuffing season is perfect for the “homie lover friend” relationship.

Plan your exit strategy. When the season’s over, it’s over. If you and your teammate have agreed that you’ll be going your separate ways in the spring, don’t overthink your exit. No need for lengthy discussions at this point (if done correctly, you would have put everything on the table months ago). Continue to respect the relationship and the person when it’s time to make the cut by being a friend. You may even thank them for the comfort they provided you during this time, wish them a great summer and tell them you’ll see them around. If you’ve benefited, grown, felt comforted and were satisfied by having this cuff pal as a starter, don’t see them as a means to an end but rather as a conduit for good vibes and energy. If your season went exceptionally well, you may consider calling them back up after the offseason.

Gear up for next season. The right teammate during the cuffing season will have you prepped and ready for a confident summer. You’ll feel less desperate to meet a new/man or woman since many of your primary needs will have been met, and now you’re free to enjoy the good weather with a relaxed perspective. Be social—do all of the things an independent, free-spirited single person would do. And don’t forget to keep your eyes open for new cuffing season prospects.