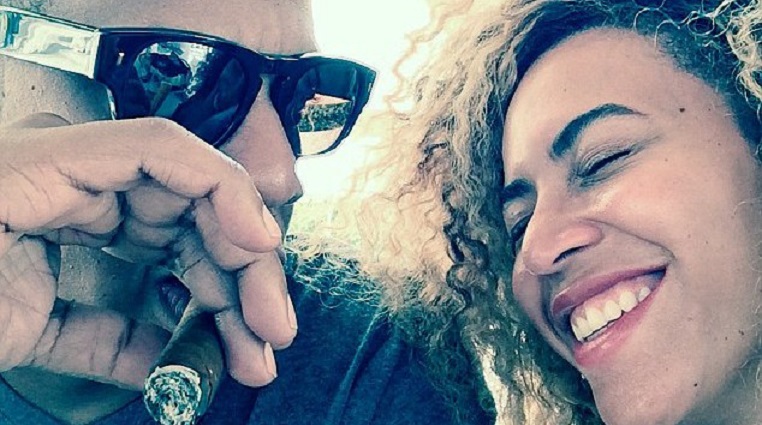 Today, I was drawn to a post on the beautiful Marjorie Harvey’s Instagram page. There was the photo below of her husband smoking a cigar, as she lounged on his lap. Steve Harvey is an avid cigar-smoker, so I imagine this was not the first time this has happened. It sparked a question for me. Should the significant others of cigar aficionados allow smoke around them if they don’t smoke? If not, does this cause a divide in the relationship? 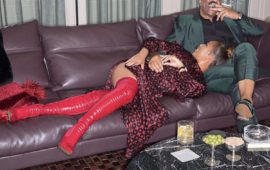 I posed this question to my Instagram followers, and received both yes and no answers. Most people who do not smoke cigars do not want to be around them. This is understandable for a couple of reasons. However, if one is in a relationship with a smoker, does one ever just put aside the discomfort? Even just once in a while?

This topic is obviously not exclusive to cigars. Lots of men don’t want to sit in on an Adele concert, just as much as most women don’t want to sit through a UFC match. I, for one, would DEFINITELY not want to watch two guys clobbering each other to a pulp. BUT, for the sake of the relationship, I may watch for a bit if my guy really wanted me to join him. Sometimes, it’s healthy to partake in our mates’ interests. It draws the bond closer. It may take just one time for our mate to realize the sacrifice and appreciate us that much more.

With this said, I must bring the discussion back to cigars. I am not suggesting that a significant other should pick up smoking just to satisfy his or her mate. I am simply referring to allowing your partner to be his or herself…around YOU. So many people come to my cigar events alone because their mates/spouses simply refuse to be in the same room with a cigar. It wouldn’t be expected to see a non-smoker consistently present, but I’d expect to see them at some point accompanying their partner. It’s a matter of supporting the hobbies and lifestyles of the people we love.

Sometimes we have to do what’s uncomfortable, from time to time, to show we are invested in the relationship. If your man smokes, pull a Marjorie Harvey and come lie on his lap, or simply sit beside him. Guys, if your lady smokes, surprise her with a new lighter and take her to her favorite cigar lounge. Watch their eyes light up, enjoy the moment, and worry about the scent in your hair, a shower, and your dry-cleaning afterward. Cheers!

Octavia Toliver
Octavia, also known as HERficionado, is a curator of the cigar lifestyle. She approaches her brand and events from the feminine perspective. Octavia is seeing great success with her #SheSmokesToo event, as well as her #SmokeInTheCity rooftop event, and is currently expanding her brand nationally and globally.

HERficionado’s Tips on Removing Smoke Odor From Your Hair

Breaking Into the Boys’ Club

Cigar Lifestyle: The Do’s And Don’ts