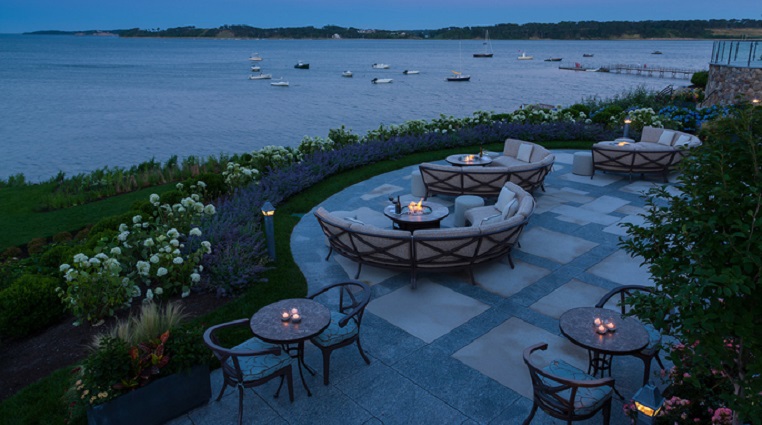 There’s nothing quite like having a great cigar after a fine meal, or with a superb drink. In the past, cigars were welcomed in many restaurants and bars, but in today’s world cigars are a rare sight in most dining rooms.

Several restaurants and resorts, however, are bucking the trend. Some are giving away cigars as an incentive to diners, others are incorporating cigar nights into their calendars and the best pair that with cigar-friendly areas in which to enjoy them after a meal. Here are a few upscale restaurants and resorts around the United States where the cigar night isn’t a part of the past. 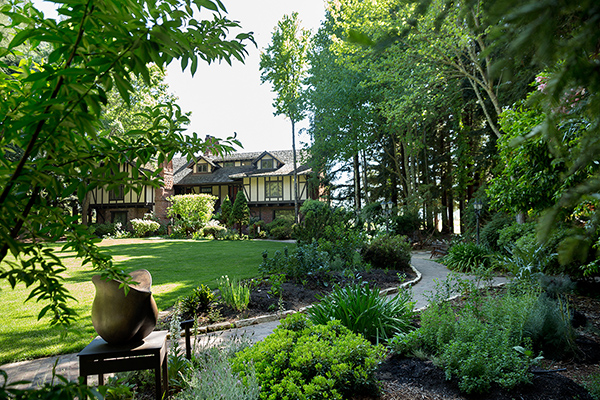 Charlie Palmer is a chef who loves a great cigar. Each month, at his Napa Valley restaurant Harvest Inn, he hosts a cigar-friendly event called One Main, featuring cigars by Nat Sherman and wines from a changing group of local wineries. The idea is to pair cigars, food and drinks that complement one another. Palmer, who began smoking cigars in the 1980s, has also hosted events with Ajay Patel, proprietor of the Casa del Habano cigar store in Teddington, England.

Getting out to Cape Cod in the summer is a New England tradition. The high-end Wequassett does it in style, with several restaurants set along a gorgeous stretch of land on Pleasant Bay, at the elbow of the Cape. The restaurant has a cigar-friendly area located just outside.

On August 10, the hotel is hosting a Cuban themed cigar night called Cuba Libre Night on the garden terrace featuring cigars, Cuban food, Cuban music and Hemingway Daiquiris made with Bacardi’s Havana Club rum. All throughout the year the resort has a cigar-friendly area of semi-circular couches around firepits, angled for a view of the tranquil waters of Pleasant Bay, where you can puff away while savoring a cocktail or food from the resort’s restaurants. 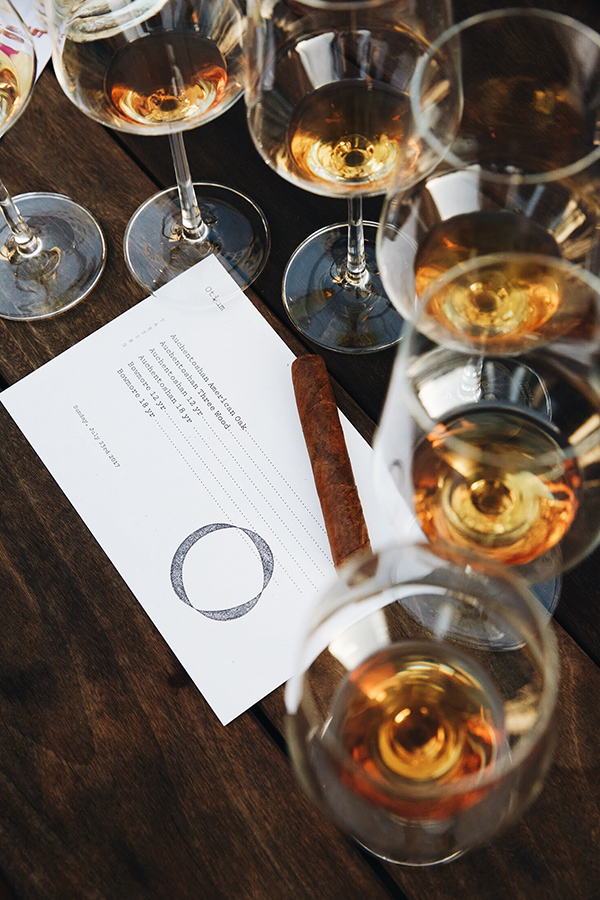 Otium in downtown Los Angeles has a lauded wine list (it’s a Wine Spectator Best of Award of Excellence winner) and a chef with a superb resume, Chef Timothy Hollingsworth worked for superstar chef Thomas Keller (who is himself a cigar enjoyer) at both The French Laundry and Per Se before striking out on his own. Although not a cigar smoker himself, Hollingsworth is hosting a series of cigar nights on his restaurant’s patio throughout the summer. The evening begins with a welcome cocktail and bites on Otium’s patio, followed by a freshly rolled cigar by a cigar roller and a guided whiskey tasting experience. (Pairings have included Russell’s Reserve, a high-end Bourbon from Wild Turkey.) Diners get a cigar rolled on premises by a visiting torcedor so you get a chance to not only smoke, but to see up close how cigars are made. 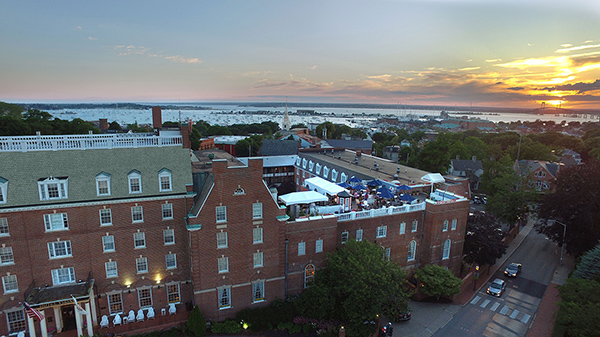 The cigars come out on Wednesday nights high atop the imposing and stately five-story-tall brick Hotel Viking in tony Newport, Rhode Island. Newport, famous for its mansions, its summer jazz festival and stunning boat show, comes alive in the summer. The cigar nights at the Hotel Viking consist of a three-course menu of food by chef Barry Correia, a rotating series of spirits and cigars, which have included smokes from Rocky Patel and La Flor Dominicana. Previous menus have seen the spirits incorporated into the dishes—on a night featuring pairings with Jameson Irish whiskey, a blackened crab cake was presented with whiskey remoulade, and whiskey found its way into the whip cream adorning the candied walnut pudding. 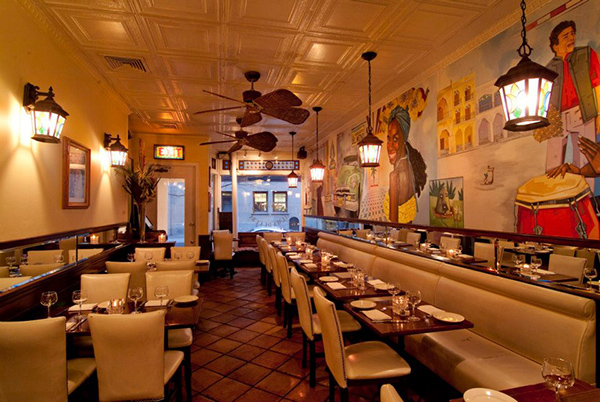 Along the comfortable tree-lined sidewalks of Greenwich Village lies an unassuming Cuban restaurant called Havana Alma de Cuba. The menu offers traditional Cuban fare and cocktails with both indoor seating and a charming outdoor garden patio. Inside the restaurant, on Tuesday and Wednesday nights from 7 p.m. to 11 p.m., a cigar roller sits by the window and crafts hand-rolled cigars in front of patrons while they eat and enjoy their drinks. Cigars are complementary for the customers, and while guests can’t smoke inside the restaurant or on the patio, they can light up after their meal as they stroll back down the street. 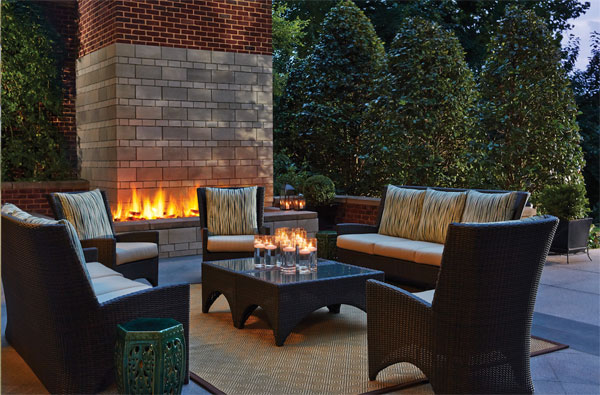 Located in the historic, yet fashionable, Georgetown neighborhood of our nation’s capital inside the immaculate Four Seasons Hotel, Bourbon Steak is the perfect spot for a meat-eating cigar lover. On any given night inside Bourbon Steak you’ll likely see more than a few notable politicians digging into a perfectly seared cut of dry-aged beef or prime Japanese Wagyu from chef Michael Mina. And while restaurant patrons can’t smoke at their tables, cigars are more than welcome at the outdoor courtyard that’s adjacent to the restaurant’s lounge, replete with comfy couches and fire pits for those colder evenings.

Bourbon Steak goes the extra mile, though, by offering a full-fledged cigar program that’s run by in-house cigar sommelier Mason Foster. He is on hand to guide guests who may have questions about the impressive cigar menu, which features stellar smokes from brands such as Partagas, EP Carrillo, Arturo Fuente, My Father and Padrón. Foster can also help pair one’s cigar with a drink from the extensive cocktail and spirits list, which runs about 24 pages, as part of the restaurants Sip & Smoke program. As an added bonus, the Four Seasons Hotel offers smoke-friendly rooms, too.

Study Confirms Black Women Are Beautiful ... But We Already Knew That!

Your Best Girlfriend Just May Be Your Soulmate