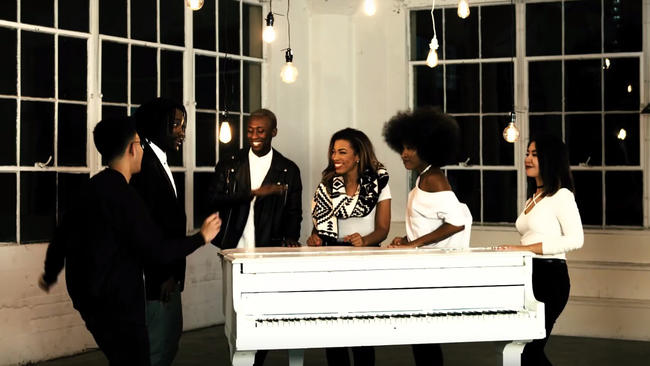 Your sweet dreams have finally come true, because a Beyoncé–“Hamilton” mashup exists, and it’s just as wonderful as we could have hoped for.

Feast your ears on “#HAM4BEY,” a musical medley created by Michael Korte and arranged by Jared Jenkins that combines the record-breaking musical’s hits with some of Queen Bey’s top singles. It all begins with “Alexander Hamilton,” which seamlessly weaves into “Yoncé” and then becomes “6 Inch.” Of course, the mashup features other tracks like “My Shot,” “The Story of Tonight” and “The Schuyler Sisters” blended with “Survivor,” “Countdown” and plenty more.

Watch above as performers India Carney, Vincint, Mariah Maxwell, Jej Millanes, Kelly Margareth Lee and Jamond McCoy sing the hits without missing a beat. They definitely didn’t throw away their shot at making one of the best mashups we’ve ever seen.

3 New Rules to Puttin' on the Glitz This Holiday

Keke Palmer On Self-Expression, Acting And Her Musical Comeback