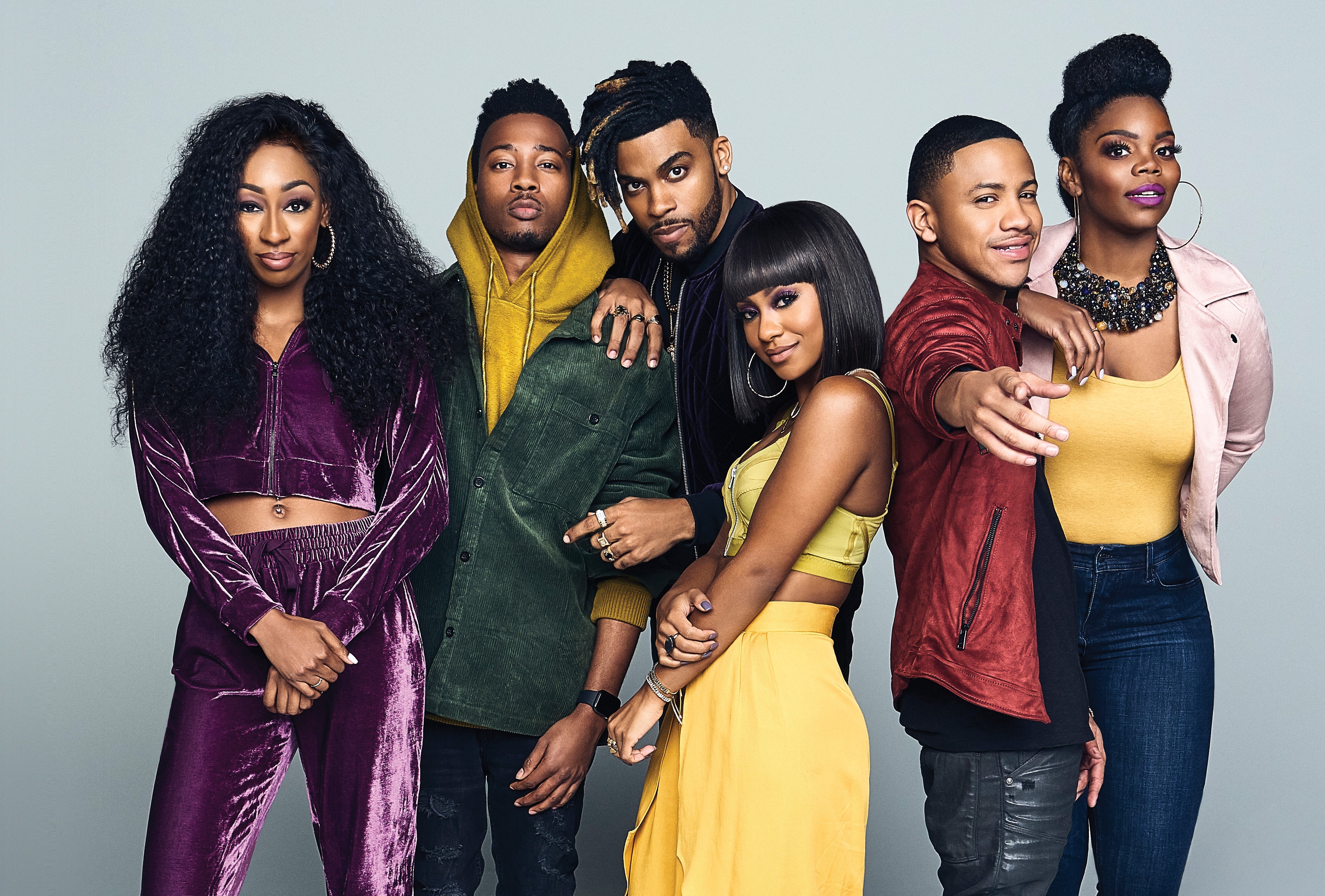 Tetona Jackson, who plays Simone Graham, is excited about the fresh direction of Boomerang. “I love the fact that it’s not a remake,” she beamed, seated alongside co-star Tequan Richmond after a full day of posing for promotional photos in Atlanta. “It’s an extension of the film, and we’re their children. I love that it is its own show, but we also pay homage to the original film. So people who have seen the movie will definitely see bits of the movie in it.”

Richmond, who has up until now been best known for playing Drew on Everybody Hates Chris, is also excited. “I feel like it was such a good film, and it’s good to bring that to this modern generation. Especially in the times that we are in with social media, we can put all these nuances in the old film.”

Jackson’s character Simone has a bit of rebelliousness in her and, like her father, she plays the field. She’s also driven to define herself and make a name for herself on her own terms. That’s why she steps away from the Graham Agency, owned by her father but based in Atlanta, and decides to start doing other things, mainly managing her creative friend Tia, who currently strips to make ends meet.

As we get to know Richmond’s Bryson Broyer, it becomes increasingly clear that he has a thing for Simone but has trouble getting there with her. His career is equally shaky, as he is definitely talented but struggles with how to best assert himself and show what he truly has to offer.

“We tackle a lot of different issues in the show,” Richmond explained. “I think all of them are really big issues that are going on right now and things that have gone on in the past and haven’t been discussed yet.”

Tia, played by social influencer-turned-actress Lala Milan, is well aware of how significant her role as TV’s rare black lesbian character is, especially for BET. “The fact that my character is a lesbian and a lesbian character is being broadcasted on TV is huge, not only for television, but it’s huge for the LGBTQ community because finally we get to have someone who represents everyone,” Milan shared in her trailer while being styled for an upcoming shot.

Spelman alum Brittany Inge plays Simone’s best friend/roommate Crystal, who is recently divorced from Bryson’s best friend David. She is also one of TV’s few curvy women and takes that representation of a lot of everyday black women to heart as well. “I have had to do so much inner work and self-worth to make sure that I’m ready to represent us well,” she explained in between photo setups. “She’s a fully realized human being who’s not defined simply by the curvature of her hips and her body.”

Bryson’s good friend Ari is truly a free spirit in all aspects of his life, where he makes ends meet as a club promoter as well as a web series and music video director. According to Leland B. Martin, who plays him, “He’s just trying to find his way.”

David, played by RJ Walker, is someone who is finding his footing as a minister as well as struggling to come to terms with his divorce from Crystal, whom he still loves and has to see often. Most people will recognize Walker as the rapper Clarke County from FX’s Atlanta. Now he takes on the David persona, who is perhaps the most reflective of the brood. But Walker insists that David, modeled on David Grier’s character from the film, is so much more than a holy roller.

“He’s just going through life with his pals, and he loves God,” he explained. “He’s also just a normal guy. He’s not like a stereotypical pastor…he’s not the guy who’s overly religious to the point where he can’t kick it with nobody.”

What makes Boomerang work, according to Milan, is that “Every single character brings something different to the table, whether it’s as a character or whether it’s them as a person. [We] are all fire individually, and we’re even super fire as a cast because we all have chemistry. It’s like crazy.”