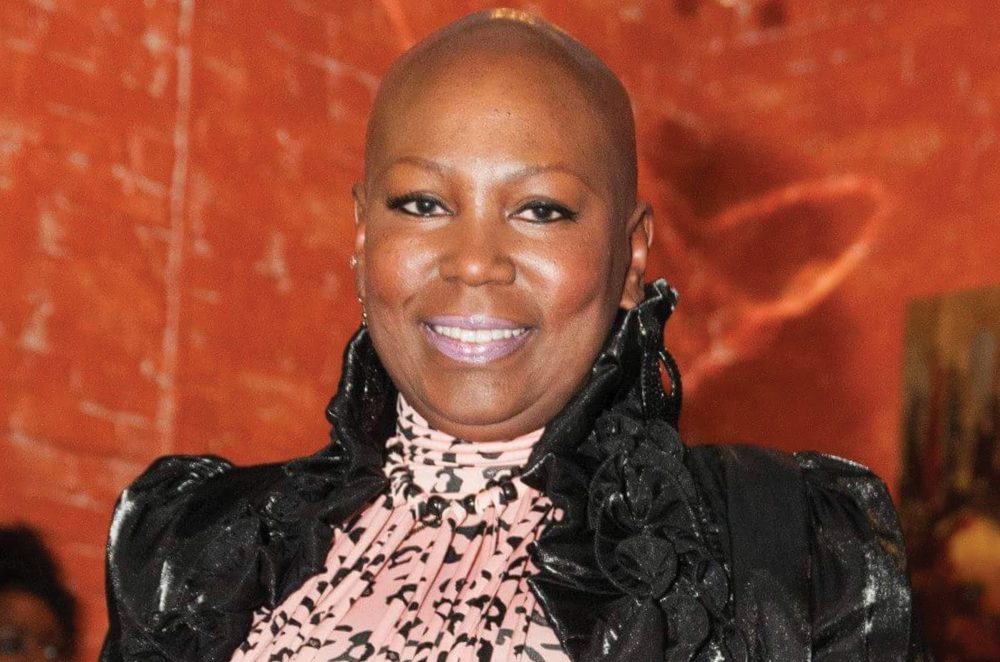 Annjanette “Paris” Murphy-Doctor known as Peb to her nearest and dearest, is a living testament to “black don’t crack.” She is not your average 55-year-old matriarch. Her 6-inch heels and fashion-forward style say nothing of the battles this 25-plus-year veteran entrepreneur, master cosmetologist, professional makeup artist and stylist has endured. Her vibrant energy and impeccable appearance—usually in signature stilettos, face beat, hair laid—belies her journey but speaks volumes of her perseverance.

Murphy-Doctor is the founder of a conglomerate of businesses, including Eye Candy Glam Studios & Agency, which was dubbed “Atlanta’s hottest glam squad.” Her famous clientele includes names such as Idris Elba, Ed Hartwell, Darlene McCoy, Lisa Wu, Stevie Boi, Yolanda Adams, Vickie Winans, Kandi Burruss and Monica, to name a few. Other businesses are Candy Couture Cosmetics and Paris Murphy-Doctor Consulting (PMD Consulting). She is also a member of Classy Credit Chicks, which is a consortium of women helping other women achieve the wealth they desire. Murphy-Doctor has racked up a list of entertainment credits, too, including Bobby Jones Gospel, Lifetime TV “Double Divas of LiviRae,” “BET Awards,” the “Soul Train Awards,” UNCF, “The Closet Series,” several stage plays and print work for everyone from Essence and upscale to Model Call magazines.

Her road to success has been an arduous journey, though. Murphy-Doctor was diagnosed with breast and thyroid cancer, and being an entrepreneur with a terminal illness did not leave her with many options for medical or life insurance or the other financial instruments necessary to protect her family, business or legacy. That roadblock ultimately led her to network marketing.

“God loved me so much that he gave me a double portion of grace to win the battle against two cancers and the means to provide for my family through it all,” she says.

Already armed with connections to thousands of followers on social media, Murphy-Doctor paired her network with her newfound business opportunity, and business skyrocketed. She joined World Ventures in January 2015 and rose through the ranks, hitting the residual threshold in just six weeks, earning a company-paid BMW in the process. Still, with substantial income coming in, the financial toll of out-of-pocket costs for cancer treatments, in addition to maintaining multiple salon locations and familial obligations, took on her credit was devastating. So when a friend suggested credit repair, it was a godsend.

Murphy-Doctor partnered with Financial Education Services and United Credit Education Services, settled her debts and now shares the same opportunity with everyone she can. Ever the survivor, she is also a prolific breast cancer advocate, participating in and organizing a variety of events, from breast cancer walks to her recent birthday bash and annual fundraising event, “The Pink Affair.” This past February, she celebrated her fifth year of being cancer free, raised funds for five local cancer organizations and honored 24 fellow survivors. Murphy-Doctor also recognizes the efforts of those contributing to the community in the areas of humanitarianism, philanthropy and community service with the Pink Icon Award, which was given in honor of her late aunt, local Atlanta women’s and civil rights legend Rita Jackson Samuels.

Through it all, Murphy-Doctor has always leaned on the support of her personal network, comprised not just of the friends she’s made and business partners she’s acquired but of her family (husband Gregory; daughter Brittany, 30, and son Darius, 20, who are both entrepreneurs; and 10-year-old grandson Bryce). Brittany has her own beauty ventures, the Hair Business Plug and Celebrity Luxury Hair. And Darius is a partner in the travel and the financial services companies.

But most importantly, she has her faith. A wife, mother, daughter, sister, grandmother, purveyor of beauty, champion of women, entrepreneur, survivor, a believer in God and a true boss, Murphy-Doctor’s success speaks to the heart of every woman who has had to endure in the midst of tribulation and not only survived but thrived. –E. Monique Johnson

Therapy: Is it the New Wave for the Culture?