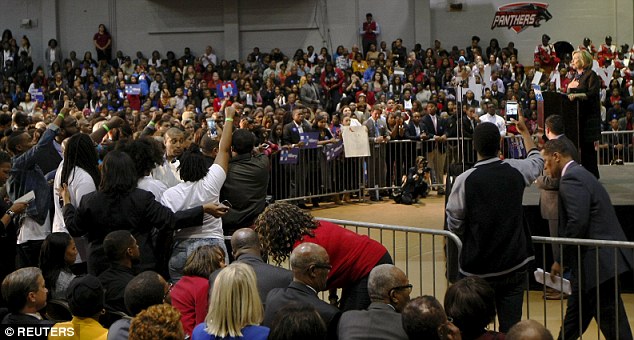 During her address at the HBCU, Clinton was interrupted by a group of activist affiliated with the Black Lives Matter movement called #AUCShutItDown.

On Monday, Roland Martin talked with Avery Jackson, one of the #AUCShutItDown protesters, onNewsOne Now about the disruption to Clinton’s address and about the groups goal in interrupting the the Democratic frontrunner as she was laying out her plan for criminal justice reform.

Jackson told Martin, “We wanted to disrupt the process of the exploitation of Black cultural value.”

He later added, “She (Clinton) hasn’t really centered Black lives in her agenda and that is a problem to us.”

NewsOne Now panelist Adam Jackson, CEO of Leaders Of A Beautiful Struggle, agreed with the premise behind the action.

“I think these transactions that they keep calling for that Hillary is probably going to talk about — all the things that Democrats have said over the past twenty, thirty, forty fifty years, that young people are done with,” said Jackson.

Jackson then criticized Clinton for the narrative being painted during the event at Clark Atlanta University saying, “She has a bunch of Black people standing behind her, with Black students rallying for her, talking about Black Lives Matter — her husband drastically expanded the prison industrial complex when he was president of the United States and there is no reason to believe she’s not going to do anything different.”

LOOKING FOR A HAUTE SPOT TO STAY IN MIAMI, CHECK OUT FONTAINEBLEAU