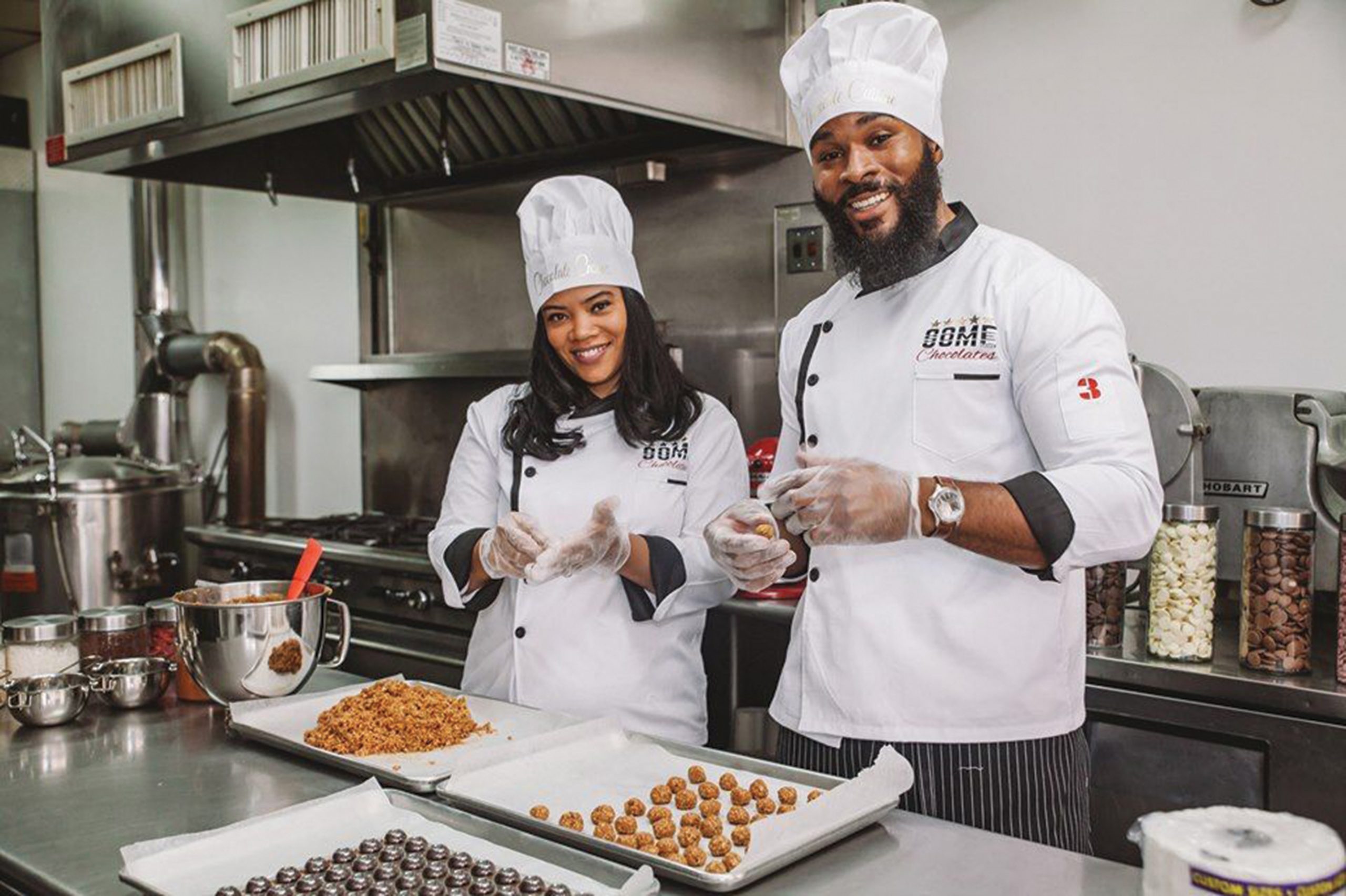 Raising the bar, literally and figuratively, 3 Some Chocolates founders Kristin Parker and Patrick Ali Glanville wanted to create a company in which they could utilize both of their talents. So they did. Glanville, the culinary artist in the team, contributed the company’s signature recipes. Bred in Southside Jamaica, Queens, Glanville learned the art of chocolate making from his maternal grandmother, who was a Jamaica native.

“As a young boy, my grandmother taught me how to make different types of chocolate confections. Her favorite chocolate treat was a special blend of jerk spice and her homemade chocolate bites,” the company’s CEO and president explains in a video. 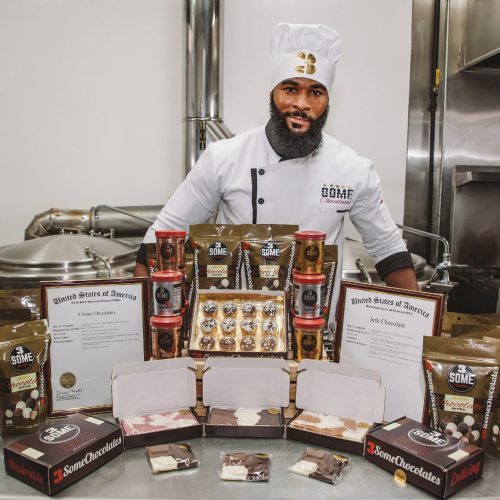 Just like that, the pair leveraged their skillsets to create a company. They believe the brand adds value to people’s lives. They provide them something a lot of people love, which is chocolate, with an added twist: three flavors in one. Steadily growing, at the end of 2019, 3 Some Chocolates recorded more than 200,000 units sold. They garnered a plethora of five-star ratings and has amassed more than 40,000 customers and counting.

“At the start, we worked really hard to build our brand by trademarking our name. We thought it was very important to make sure that, before we even launched, we were protected. Because a lot of times you hear that people have these great ideas. Then they share them with the wrong people. So we took our time,” she explains.

Glanville designed the website and online store (3somechocolates.com), and Parker crafted the content. It’s where you will find their exclusive products, including their scrumptious Jerk Chocolate Bites and delectable Ruby & White Chocolate Red Velvet Crunch Bar, as well as their spirits-infused Tequila Caramel Dip and Henny Truffles.

“I have had a lot of experience with structuring business startups. And putting them on the paths to success,” says Parker. She helms many of the business and financial aspects of the company. “I’ve worked in finance in New York for about six years and helped build the bones of a fintech company.

“I was able to take my experience from doing that and apply it to my own business in terms of the legal aspects and accounting requirements at the federal, state and local levels. All those things are very important in building a strong foundation for your company. They must be done correctly so that down the line, you can say, ‘Listen, I took the time. I did the research. I built my business properly. It’s a viable business. And it’s something that people can believe in and invest in in the future.’ That was really important for me.”

In their plans to expand their offerings, Parker and Glanville have launched a crowdfunding campaign, an Equity Raise, on Wefunder. According to the crowdfunding portal, “3 Some Chocolates Cuisine Inc. will be the parent company where they will do the chocolate manufacturing. They produce the product for distribution to retail stores and serve as the physical franchise location,” scaling from their virtually humble beginnings online to a brick and mortar.